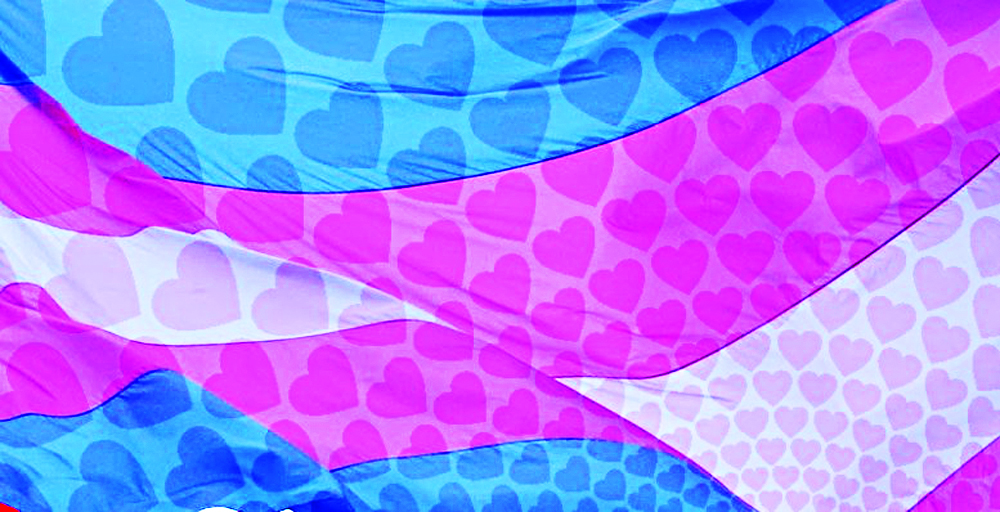 Since the transgender world has entered my life in the most pervasive way possible without being trans myself, my senses have been increasingly heightened by questions and comments that negatively impact the perspective of and increase bias against the transgender community by cisgender-centric behavior. Though it is never acceptable to just start talking about another person’s gender identity—unless that person has consented to do so—when you do receive the green light, do so with knowledge and not based on assumptions of what you think you know.

“You were born a woman and now you’re a man? You were born a man and now you’re a woman?” is wrong, on so many levels. Questions like these are not only incorrect assertions, but also dangerous, especially when those asking the questions are not considering that such questions can affect the overall wellbeing of a transgender person. In my professional and personal life, I often find myself correcting others, even the most well-intentioned allies of the trans community about why questions like the ones above are offensive and often miss the mark entirely on what exactly it is to be transgender.

Simply stated, a cisgender person is a person who is not transgender. Cisgender people are often referred to as having their assigned sex at birth match their gender identity. In this case, if an assigned female at birth (a baby born with female sex organs) grows and their gender identity aligns with being female, they are considered cisgender. According to the GLAAD Media Reference Guide, “cisgender or ‘cis’ is a Latin prefix meaning ‘on the same side as,’ and is therefore an antonym of ‘trans.’ A more widely understood way to describe people who are not transgender is simply to say non-transgender people.”

Therefore, a transgender person is the opposite of a cisgender person. According to GLAAD, “for transgender people, their own internal gender identity does not match the sex they were assigned at birth.” All of this leads me back to the cringing questions above.

Transgender people are born transgender. Trans individuals are not people who decided to transform into the opposite sex. To view trans identity in such a limited way forces the very concept of what being transgender is into a cisgender mindset. In other words, to say someone is “turning into” a man or woman negates the entire trans identity entirely. If someone was assigned male at birth (born with male sex organs) and transitions to have their physical presentation align with their gender identity, they are living authentically, not “turning into someone” they weren’t born as before.

According to a 2017 report published by Reuters, “Neurologists have spotted clues in the brain structure and activity of transgender people that distinguish them from cisgender subjects,” the report read.

“A seminal 1995 study was led by Dutch neurobiologist Dick Swaab, who was also among the first scientists to discover structural differences between male and female brains. Looking at postmortem brain tissue of transgender subjects, he found that male-to-female transsexuals had clusters of cells, or nuclei, that more closely resembled those of a typical female brain, and vice versa.”

And, that is not the only biological explanation that leads to developing as a trans person, or having gender dysphoria.

According to News Medical, there are many possibilities that affect a person’s development in the womb as it relates to gender identity. Some of those are outlined below.

Hormones that trigger the development of sex and gender in the womb may not function adequately. For example, anatomical sex from the genitals may be male, while the gender identity that comes from the brain could be female. This may result from the excess female hormones from the mother’s system or by the fetus’ insensitivity to the hormones. The latter condition is called androgen insensitivity syndrome (AIS).

Exposure to progesterone or other estrogenic drugs

Although there is no research that shows that males or females exposed to progesterone in the womb or other estrogenic drugs, such as diethylstilbestrol (DES) may have a raised risk of gender dysphoria; there may be an association in some atypical aspects of gender role behavior.

Rare conditions that may lead to gender dysphoria

There may be rare conditions like congenital adrenal hyperplasia (CAH), and intersex conditions (also known as hermaphroditism), which may also result in gender dysphoria.

In CAH a female fetus has adrenal glands (small caps of glands over the kidneys) that produce high level of male hormones. This enlarges the female genitals and the female baby may be confused with a male at birth.

Intersex conditions mean babies may be born with the genitalia of both sexes. In these cases the child is allowed to grow and choose his or her own before any surgery is carried out to confirm it.

Say This, Not That

As you see, transgender people are already born into their correct gender, even if the body indicates otherwise based on sex organ development. Instead of saying things like someone “turning into” the opposite assigned gender, say “prior to living authentically,” or “prior to transitioning.” The same practice should be applied when referring to experiences prior to transition. Please do not say, “when you were a woman or when you were a man,” because the reality is that a transgender person never was that assumed gender in the first place.

If you believe in any concept of the after life, you likely believe that our spirits live beyond the physical world. Whether born with a male or female spirit, that same spirit transcends the physical body. Regardless of how you physically present to the world at birth, it is our spirit, the essence of our being, the internal, deeply held sense of our gender identity that lives on, not the anatomical sex organs assigned to us at birth. Please check your cis-centrism at the door and remember: Trans is beautiful.

* Nicole Lashomb is a graduate of Marylhurst University and the Crane School of Music (SUNY Potsdam). She holds an MBA and BM, respectively. To reach Nicole or send a letter to the editor, email her at editor@therainbowtimesmass.com.