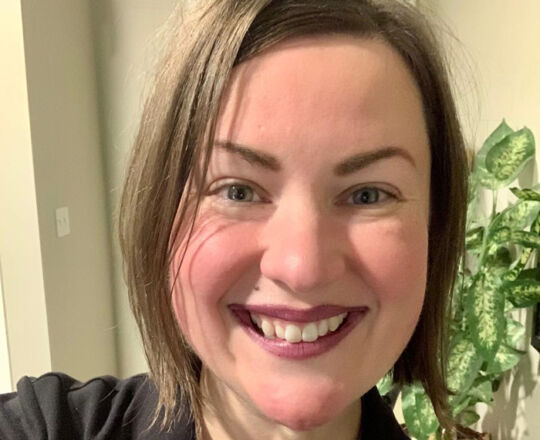 Nicole Lashomb is co-founder and co-executive director of Project OUT.

A staunch trans advocate and ally, Nicole is Editor-in-Chief of The Rainbow Times, New England’s Largest LGBTQ Newspaper. Her work is largely focused on underrepresented communities and synergistically; she is also the owner of Prizm PR, a PR firm specializing in niche markets.

Nicole has addressed multiple audiences on issues relating to the intersectionality of our identities for which she is lauded. She recently has been the keynote speaker at Salem State University for the annual student Pride Dinner and addressed the substantial campus audience at the Annual Martin Luther King Convocation on issues relating to the intersectionality of the LGBTQ community, the immigrant community, people of color and women for which she is still lauded by faculty and students. She has also served the City of Salem as no Place for Hate’s Community Engagement Co-Chair, motivating high levels of civic engagement in the city’s social justice initiatives. Nicole is bicultural and bilingual.

Nicole holds an MBA from Marylhurst University, specializing in Management and Marketing. Her Bachelor’s degree was obtained in Vocal Music and Education from the internationally esteemed Crane School of Music/SUNY Potsdam with a concentration in voice. Nicole has performed in several musicals and has won the highest accolades in professional, classically trained and nationally recognized vocal competitions such as the National Association of Teachers of Singing competition.

She has often been featured in the media for her work on behalf of the LGBTQ communities of color and was instrumentally vocal against the “hate crime” perpetrated against one of The Rainbow Times’ newspaper street boxes in Salem, Massachusetts. Two young men were eventually prosecuted for setting off an incendiary device, which detonated the explosion heard up to a mile away, the police reported at the time.

Nicole can be reached by emailing nicole@projectout.org.